How to Excel in the Android App Development Process? Android is a rapidly growing and expanding platform which has so much still to offer. You can effortlessly become a part of the Android app development process by following simple tips.

Learning the Android development isn’t very hard these days because a number of online courses, tutorials and documentation are available on Android app creation. One can easily get material to learn the development process for the Android platform, but the real thing here is to become a successful developer. That’s because the Android market is highly competitive and to sustain in it, you have to become Android code ninja.

Now, developing Android apps aren’t that difficult process with the right knowledge and direction, one can easily learn the art of making Android apps. If you want to become a prominent part of the Android family, then we some helpful tips for you.

You have to get out of the documentation and get your hands dirty with some real framework coding. Various developers are afraid to dig deeper into the Android frameworks. You have to overcome your this fear and observe the internal coding frameworks carefully. This will give you insight on real Android structure and you will see the Android platform in the new light. To make Android portal your best friend, you have to befriend inner working modules of Android SDK.

TIP 2. Check out Other Developers Work

If you have created an Android app, library, plugin or anything else, then don’t hide it. You should open source your work so that other developers can peek at your work and help you in improving or you never know when any big company can approach you to buy out your hard work. However, if you haven’t created anything yet, then you can use open source platforms to fix bugs, design documentation or can write new tests for other developers.

It’s a good habit to understand the IDE that you are using. In the case of Android app development, Android Studio has been used. You should check all the features and shortcuts offers by your IDE because you will be amazed to see features offered by IDE platforms. You should develop a curiosity to learn new things and should try to use one tool in multiple ways so that it can improve your workflow and productivity.

It is impossible to create a dynamic android app without learning the standard coding guidelines designed by Android. So, you should spend some time in understanding the coding guidelines before starting your work. The fundamental Android coding rules aren’t very difficult, it’s hardly going to take your couple of hours to learn them.

This is a basic human tendency to ruin things by overthinking and analyzing. So, when you have created a plan to create one super cool Android app, then don’t ruin your work by overdoing or adding complexed codes. This will eventually create more confusion, anxiety, and delay for you. So, don’t rush things as you will get plenty of opportunities in the future to try complexed coding, but for the beginning start with the easy stuff.

In the Android app development learning phase, you should adopt the habit of creating the perfect codes so that you can become Mr. Perfectionist. Try to achieve the best possible version of your creation, if to attain perfection you have to start slowly, then so be it. It doesn’t matter how much time you take to deliver the result, what matters at the end that is perfection. So, never settle for less, keep on improving until your coding work is flawless.

This is our second last tip for android app development, but in general, it’s a very important tip. You can’t consider your program complete until you have written a couple of tests to prove that. Tests will bring confidence in you and makes your codes flawless. Don’t make the mistake of ignoring tests in your haste of creating more apps. By focusing on testing you are making your own life easy as later regression bugs can make your life painful.

The last tip for Android app development process learner’s would be – keep on learning new Android concepts regularly. Android is a vast platform, its not possible to grasp everything in one go. Moreover, new development and updates have been incorporated into the Android family daily.

So, if you want to grow as an Android developer, then you have to grow constantly. For this, you can read online magazines, journals, and other publications.

Android app development is a complete career field for developers. One can grow a lot in this field and expand their career. So, if you are interested in this popular OS platform, then you can easily learn it by practicing the above-mentioned tips regularly.

2 Replies to “How to Excel in the Android App Development Process?” 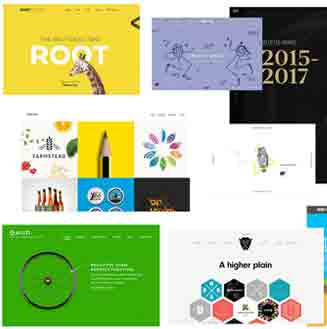 The best app developer team that I have worked with. Awesome team. Strongly recommended. Thanks for all the work and doing a great job.

They were very easy to work with and completed the job quickly as required. I will use them again for my design and development work.

Ready to speak with a marketing expert? Give us a ring